Chanakya, also known as Kautilya or Vishnugupta, was the Prime Minister in the court of Chandragupta Maurya, the founder of the Mauryan empire. He was also a teacher, philosopher, and possibly the very first economist of India. He is also the author of Arthashastra, the ancient Sanskrit treatise on statecraft, military strategy, and economic policy. Arthashastra is considered to be a training manual transforming Chandragupta from a normal citizen into a monarch. Just like empires, many companies are built, and many close down with time.

However, some companies create history. They last for ages and carve a unique identity for themselves. The secret behind their success is great leadership. Great business leaders strike the right balance between business foresight, character, and performance. Some of the management principles in Chanakya’s Arthashastra may be up for study. However, the leadership lessons are relevant even today for business leaders running their business empires from their corporate offices.

“In the happiness of his subjects lies the King’s happiness, in their welfare his welfare. He shall not consider as good only that which pleases him but treat as beneficial to him whatever pleases his subjects.”

Chanakya believed that a King should always put his subjects before himself. The common man creates the King. Hence, the very existence of a King depends upon the happiness and well-being of his subjects. Similarly, business leaders of today should put their people at the forefront and not themselves when making decisions. A good leader’s top priority is his peers and subordinates. Every person matters in an organisation. No job is small or insignificant. These are basic principles that are taught in modern-day Business Schools, but Chanakya followed it back then. He was a man ahead of his time.

It is important to give due importance to every person in an organisation as the growth of the organisation depends on it. Very often, leaders get enamoured by their titles and privileges so much that they start ignoring their people. One of the keys to becoming a successful business leader is to put your people’s needs before yourself. Remember, happy employees create happy customers.

People In Power Must Be Accessible

“When in the court, he shall never cause his petitioners to wait at the door, for when a king makes himself inaccessible to his people and entrusts his work to his immediate officers, he may be sure to engender confusion in business and to cause thereby public disaffection, and himself prey to his enemies.”

It is not uncommon for a King to be surrounded by his ministers and noblemen. However, if he does not listen to and is not accessible to his subjects, he endangers not just his kingdom but also himself. Likewise, business leaders at the top of the hierarchy are often not accessible to the people at the bottom. It is a common complaint in today’s corporate world that leaders do not listen to their people. They only listen to those higher up or equal in rank. Sometimes the best ideas come from the least expected places. Your employees are in direct contact with the customers and understand their needs and preferences much better than anyone else. Keeping communication open with your frontline employees may give you ideas that can take you way ahead of other competitors in the market.

Hold People Accountable For their work Chanakya believed that rewarding those who are performing well motivates them to continue doing their best. It is important to hold people accountable for their work – both good and bad. The ones performing well must be encouraged and rewarded. The underperformers must be put on the spot. Rewarding your best performers motivates them to do even better. It also sets them up as an example that others would want to follow.

However, business leaders must be wary of overburdening the good performers. Often, good performers are given additional responsibility, whereas underperformers get by doing just the minimum. If you overburden your best performers, resentment is bound to creep in.

“All urgent calls he shall hear at once, but never put off; for when postponed, they will prove too hard or impossible to accomplish.”

Chanakya understood that a good King did his duties the right way and most importantly, at the right time. That is the only way that a King can expand his empire. After all, time and tide wait for no man. A good King understands the value of time. He understands that time, once lost, can never be gained back. A good business leader knows the importance of time management and how crucial it is to the success of an organisation. Delayed decision making can slow down organisational growth. When you do not solve problems on time, they often snowball into larger problems that are hard or cannot be solved.

Why does decision making take time in most organisations? One of the likely reasons is that key decisions are only made by the higher-ups creating a bottleneck. Outdated processes are another reason why decision making becomes slow. If the same problem crops up over and over, an effective leader will see to it that the process is, redesigned. Fast and effective decision making is the sign of a great leader.

The ancient wisdom of Chanakya is every bit relevant today as it was hundreds of years ago. We try and emulate the leading business leaders of the world today. However, the principles that we learn at leading Business Schools today were already being taught by the great Chanakya. He transformed Chandragupta from a common man to Emperor Chandragupta Maurya, who ruled over entire India.

Chanakya’s teachings were ahead of their time and are relevant even today. It is time that we start valuing them. 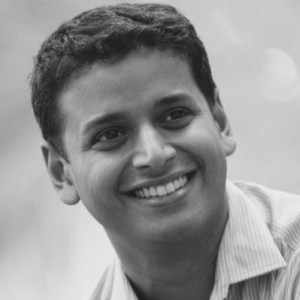