The book “Barking up the wrong tree : The surprising science behind why everything you know about success is (mostly) wrong” is written by Eric Barker, a famous online blogger whose newsletter has been subscribed by more than 300,000 people.
It is a book that talks about the flip side of all the contemporary theories on success. The title itself is quirky and catches one’s attention. The first few chapters have unique examples that focus on how more often than not, high school valedictorians (or toppers) don’t make it big in life; good grades often lead to mediocrity because rule following addicts tend to conform to the norm. The education system is primed to look for non-creative, rule followers. Thus, it’s often the average scorers that end up doing better in life because life, as we know it, doesn’t have a rule-book to follow. The author further backs up his claims with evidence that 58 members of the current Forbes 400 list either avoided college or ditched it partway. Also, these are the same guys who happened to have 167% greater income than the average net worth which was a staggering $1.8 billion. This was more than twice the average net worth of those four hundred members who attended Ivy League colleges. The author moves on to talk about the power of flattery. He mentions that flattery will actually get you further in your career than hard work. He concludes by saying that you should work hard but also ensure that it gets noticed. The author also explains how people with “taker behavior” actually do better in the short term but its not useful in the long term and further encourages bad behavior. This ultimately leads to a workplace full of takers and in turn leads to a toxic environment.

Perceptions Can Change Your Reality

The following chapters deal with a very interesting theory. The author explains the need for telling ourselves a different story versus exerting more willpower. The author talks about “cognitive reappraisal” – the idea that changing one’s perception about a situation can help us handle the situation better. He explains how research has shown that similar to most muscles, willpower can be controlled and also warns that overuse of it can lead us to feel exhausted. Games change the struggle to something else.

He explains his point with a wonderfully simple example. For someone who loves to indulge in steak dishes, saying no to it, especially when hungry would take tremendous will power. However, when it comes to a determined heart, it becomes a difficult but not an impossible task. In contrast, for a vegetarian, saying no to a steak would require no effort at all. The change in narrative here would be the preference of the individual in question. “Over every mountain, there is a path, although it may not be seen from the valley.”
– Theodore Roethkeon

Barker goes on to use virtual gamers as examples to prove that when we fragment big tasks into smaller, winnable games, the goals become easier to achieve.The games we play usually have an 80% failure rate, meaning 4 out of 5 gamers lose but they still keep playing. But games are designed to be winnable. Games also make sure that the difficulty increases as skill increases making sure the player maintains the state of flow. Today is your day! Your mountain is waiting, So… get on your way!”
– Dr. Seuss

This book encourages one to break down all  “tough to learn” topics into smaller parts which can be accomplished easily. This will make the bigger goal much more achievable. This is where “the climbing the mountain” anecdote comes in. This book will inspire you to look ahead without worrying about looking how much further you need to go. It inspires one to just focus on the goal at hand and celebrate every small achievement. 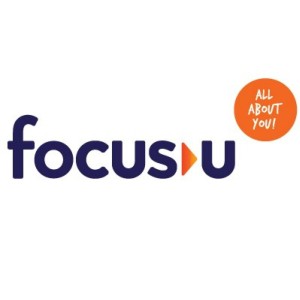