9 Must Watch Movies That Celebrate Diversity

With the annual pride month behind us, diversity is bound to take the proverbial backseat, once again. However, for leaders who wish to build a culture of inclusion at their workplace need to embrace and celebrate diversity throughout the year. But what does diversity at work place mean? is it just hiring women employees? Or is it about celebrating the team members who belong to the LGBTQIA+ community? Or is diversity an umbrella term for celebrating every kind of team member that makes the very DNA of any organisation? From sexually and culturally diverse team members to differently abled ones; and everything in between?

Our latest LinkedIn poll shines a very interesting light on the same topic. It revealed that 75% of people believe that diversity stands for something deeper than just gender & sexual diversity. Diversity is actually about looking beyond all the seemingly ’ghastly’ differences and celebrating the talent and skillset that each member brings to the table. And, so for leaders to truly embrace diversity, it is important for them to encourage and enable a culture that allows every single member of the team to feel like they belong. In fact, a survey by the American Journal of Psychology revealed that ‘the human need to belong is at par with our need for love.’

The question that begs itself next, is how does a leader go about enabling such a culture?

But before we can down to the nuances of building an inclusive culture, let’s take a moment to reflect on all possible shades of diversity. And since, we humans are visual creatures, what better way to explore this than to look at some of the most celebrated movies that bring the different colours of diversity, to light?

A movie that received critical acclaim equal to its box office success, 12 Years A Slave is a masterpiece in action. A biographical period drama film, it is the movie adaptation of the 1853 slave memoirs written by Solomon Northup. Born a free New York state African-American man, Northup was kidnapped by two conmen in 1841 and sold into slavery. His memoir describes the life that followed. Northup was forced to work on plantations for 12 years, before being finally released.

This story sheds a heart wrenching but much needed light on the horrifying condition that African American people sold into slavery faced. A moving film, it portrays the atrocities slavery put millions of African-Americans through through in a beautifully tragic lens. And even though, racism as an issues, predominantly remains synonymous with the United States, it is actually a global problem. The colonisation of thousands of countries in the past has had long-term ramifications in the form of deep-rooted mental conditioning. And, for society and organisations to truly progress, we need to weed out our own individual conditioning, as well as the prevalent discrimination based on race and ethnicity.

Another biographical film, based on a real life journey, Milk takes us through the challenges and victories faced by Harvey Mail. Milk became the first openly gay person to be elected as a member of a public office in California. A human right activist, Milk spent his entire life fighting against the prevalent homophobia in California. Milk went on to receive numerous accolades from film critics and even won eight Oscar nominations at the 81st Academy Awards. The film was preceded by a 1984 documentary based on. the life and the aftermath of Milk’s assassination, titled ‘The Times of Harvey Milk.’

Age may not often be a talked about topic when it comes to organisational DEI, but that doesn’t take away from the fact that it is an indispensable part of diversity and inclusion. The Intern, even with comic punch lines and feel good aura manages to bring the topic of ageism to light. Written and produced by Nancy Meyers, the film stars Robert Dinero and Hathaway as the lead actors.

The movie follows the life of a 70-year-old widower who’d exudes that retirement is just not for him. This man then applies for the role of an intern fast-growing e-commerce fashion start-up in Brooklyn. The founder and CEO Jules Austin, played by Hathaway, had previously agreed to a community outreach program where seniors would intern in the firm. However, when shows up at work Jules finds it to be a inconvenient hurdle. Unsure of his suitability to the role, she refuses to give him too many responsibilities. And yet, as the movie moves forward, Whitaker not only impresses everyone, but they end forming a beautiful friendship. Their friendship brings to light the importance of looking at people through humanitarian lens, and judging them on the basis of their character and skills. Bringing the o life the ’age old’ proverb – ‘age is just a number,’ it is a light hearted take on the serious topic of ageism.

Another brilliant book adaptation, this one is based on the 1983 biography of Alan Turing called ‘The Enigma’ by Andrew Hot. Turing was a genius British mathematician who helped decode German messages during World War II. In fact, the film’s title is said to ‘cryptanalysis’ Turing‘s proposal for answering the single most important question baffling the British government back then –

Beyond being a beautiful depiction of the science behind Germany’s perceived upper hand, it also brings to light the psychological horrors faced by the members of LGBTQIA+ community, especially during those early years. And, even though the film received some critics for apparent inaccurate portrayal of historic events, it still managed to move audience worldwide. So much so that the the LGBTQIA+ civil rights advocacy organisation, The Human Rights Campaign honoured it for presenting Turing‘s legacy to a wider audience. The movie shines a subtle yet moving light on Turing’s homosexuality and his struggle to make peace with his inner demons.

Fondly known as the Godfather of the Disability movement in Berkeley, California, Hale Zurich is a living legend. Diagnosed with Cerebral Palsy as a child, Zurich went on to study Russian and Math at UC Berkeley in the 1970s. He also helped found Berkeley’s groundbreaking Center for Independent Living, which has become a nationwide model. Hale’s work has ever since affected everything from ramps to curb cuts, to even the way buildings are built today.

The documentary ‘Hale,’ available on Amazon Prime, was made as a part of his thesis project by Braid Bailey, also a student of Berkeley college. Growing up, he watched his father struggle with a disability caused by a horrible road accident. And so, when he came across Zurich, he knew he had to document the man’s story and legacy to the world. The sad thing about disability is that it affects everyone, regardless of their nationality, age, or gender. And for organisations looking to build a culture of inclusivity, it is important to pay special attention to team members who might be differently abled. Their skill sets are often unmatched, and when allowed to foster those skills, they can create literal magic for the team.

Wonder is a 2017 family drama film directed by Stephen Fosky. It follows the life of August ‘Auggie’ Pullman, a 8 year old living in Brooklyn.

Born with a rare medical condition that left him with facial deformity, Auggie is a kid with a heart of gold. Due to his discomfort around people and their inquisitive stares, his parents home schooled him till Middle school. The movie follows his adventures through a public middle school. A moving story, it will leave you in tears, with a warm fuzzy feeling. Auggie stands by his kindness even when faced with severe bullying, and manages to win the kids in his school over. The end scene has him standing tall at his middle school graduation, while his friends and parents cheer him on. It serves as a reminder that there’s no point in trying to fit in, when you are meant to stand out. A perfect fit for a cosy sunday evening with your kids, this movie has a beautiful message with a wonderful storyline.

‘the Old Guard’ is a 2020 American superhero film, released on Netflix, for the global audience to enjoy. Charlize Theron, in the lead role of Andy, is a millennia old immortal who also leads a group of mercenaries with an unexplained inability to die. However, their vulnerability is suddenly exposed to the evil forces of humanity, and that’s what the movie is all about.

What makes this movie unique is that despite being mainstream, it benefits both from its intelligence, in terms of overall execution, and proud inclusivity. The movies is not only blessed with a woman of color in the director’s chair; but also has both The lead and co-lead as women. Furthermore, the muscular co-lead role has a Black actress with promising elements put in place for her presence in even future instalments. And, an unexpected shot of queer-positive representation acts as the icing on the cake.

7. One Night in Miami

A beautifully shot period film, this one takes the audience through an imagined conversation between four of the most prominent Civil Rights giants in America. The list includes activist Malcolm X, singer Sam Cooke, pro football-player-turned-actor Jim Brown, and Cassius Clay, perhaps better known as the boxer Muhammad Ali. Directed by Regina king, this movie is available in theatres and will be released on Prime in January 2021.

What makes this movie stand out is the delicate balance between the unshakeable righteousness that would serve the legacies of these men, and a soft. wide-eyed vulnerability Brought in by King’s exemplary direction. An unexpected and extremely movie, it brings to light the very real, vulnerable men behind the movement while reinforcing their eternal greatness. The movie manages to highlight a host of diversity issues – from racism, to gender inclusivity, In fact, even religious tolerance enjoys its time in the sun with ‘One night in Miami.’

Written and directed by Anees Chaganty, child of immigrant parents from Hyderabad, Run feels like a fresh breath of air. Hollywood movies are known to frequently limit filmmaker’s of colour into telling stories of just their communities, Run stands out in every aspect. From the powerful cast to the impressive direction, it has every element required to make a jarring thriller movie.

The Hulu original story follows the life of a homeschooled teenager named Chloe, and her overprotective single mother, Diane. Diagnosed with asthma and paralysed from waits down, Chloe suffers from a host on untreatable ailments like a heart arrhythmia, hemochromatosis, and diabetes. This necessitates a strict daily routine regimen, carefully overlooked by the mother. But, it doesn’t take long before Chloe, and the audience both, realise that Diane is up to something nefarious. Deprived of the cliched jump scares, Run actually builds up and brings out the dread Chloe feels when the one person she trusts, turns out to be the one who is poising her. Both literally, and figuratively.

A movie that combines two seemingly opposite worlds to portray a beautiful story, The Yellow Rose is a must watch. It follows the journey of Rose Garcia, an undocumented Filipino teenager who runs from the law. With nowhere to call home, and just a guitar case to her name, her journey is filled with melancholy and hardships. However, the strength of Diane Paragas’s direction carries the movie far beyond the expected. It effectively parallels two opposing world – the American Cowboy and the undocumented immigrant. 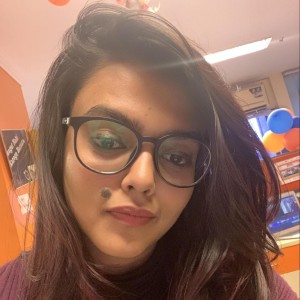