1. Can creativity really be taught?

2. Is creativity & innovation just about throwing up a lot of ideas?

3. How can a creativity & innovation workshop help the participants on a daily basis?

The above three are the key questions we have sought to answer while designing our workshop for participants around the topic of creativity and innovation. The workshop is based on the work of Roger Von Oech, often referred to as one of the Gurus in the field of creativity.

Do also check out our: 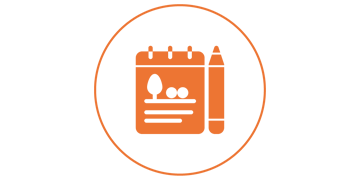 The core philosophy behind these workshops is as below:

Very few people think of themselves as creative or innovative. However, Creativity and Innovation – while seen as “Problem solving techniques” are much more relevant and imbued in the Indian psyche. Thus the Indian “Jugaad”.

Ideas are a dime a dozen. However, most of us generally tend to get stuck in our idea generation, to tried & tested patterns that lock our thinking. Left brain thinking which relies on logic, analytics, precision, seem to be predominant in the organizational milieu. However, as an overwhelming evidence of examples and anecdotes have shown us, right brain thinking for individuals and organizations can be richly rewarding. And unlike the popular perception that “to be creative” you need to be “eccentric, wild or gifted”, most often people only need to be guided to think in a certain way – for them to open their mental locks.

The hallmark of creative people is their mental flexibility. They are able to shift in and out of different types of thinking depending on the needs of the situation at hand. Largely, this is encompassed by 4 main roles, each of which embodies a different type of thinking. These roles being: Explorer / Artist / Judge & Warrior.

The workshop hence uses these 4 metaphors as a framework, basis which the participants will be guided onto and made aware of the different kinds of thinking. To contextualize the whole experience for the participants, the workshop is setup around existing issues & challenges at the workplace – which may be centered around the business, the people issues, the competitive situation or any external situation they are facing. Contact Us today – we will be glad to meet up and discuss the possibilities for your team! THE ART
OF INNOVATION WHERE GOOD IDEAS
COME FROM Strategic thinking is about deliberately choosing to be different. And yes, it can be learnt! Strategy is about deliberately choosing a different set of activities to deliver unique value. Can you?

Discover the power of yet – the path breaking new concept by Professor Carol Dweck. 11 ways to unleash
creativity and innovation How To Foster Innovation
Within Your Organisation? The Ten Faces
Of Innovation 100 Quotes to Help
Spark Your Creativity Can Creativity
Be Taught? The 4 Types of Innovation
and the Problems They Solve The eight essentials
of innovation